Panasiuk.com.pl > Publications > ESTONIAN CIT 2022 AS A REMEDY FOR THE POLISH DEAL

ESTONIAN CIT 2022 AS A REMEDY FOR THE POLISH DEAL

Estonian CIT, the plan to introduce it to the Polish tax system raised great hopes especially for start-ups, which wanted to reinvest profits without tax. However, these hopes were quickly dashed when the Estonian CIT 1.0 came into force in 2021. The conditions for using this form of taxation of company income and completely alien tax solutions caused that in 2021 around 300 entities used this experimental form of lump-sum tax for companies.

When the project so loudly advertised by the Ministry of Finance turned out to be a fiasco, works on making it more “civilised” were started. It must be admitted that the Estonian CIT 2.0 turned out to be a bright star in a dark sky in the realm of the Polish Deal.

Estonian CIT, let us go back to the beginning

The lump-sum tax on companies’ income, commonly called the Estonian CIT (because this CIT is modelled on the Scandinavian idea) is based on the rule that a company does not pay income tax as long as it does not pay profit to its shareholders. That is why start-ups waited so longingly for the idea of introducing it in Poland. Thanks to this solution, in the initial phase, when the generated funds are reinvested, such valuable capital is not lost for tax payment. To the great disappointment of Polish entrepreneurs, the original version of Estonian CIT was subject to so many conditions that there were not many brave ones to be the guinea pigs of Polish legislation.

The restriction of Estonian CIT to limited liability companies and joint stock companies only, the necessity to incur specific investment outlays (specifically defined as to amount and purpose), high taxation on exit are just some of the reasons why so few companies chose this form of taxation in 2021.

What has the Polish Deal brought us?

The amendments to the Estonian CIT regime introduced by the Polish Deal have undoubtedly contributed to making this form of taxation more attractive. Certainly, the changes in other tax institutions introduced by the amendment are not without significance here, and they make more and more investors think about transforming their companies and look for alternatives in this respect.

The Polish Deal also abolished the obligation for companies to incur capital expenditures. There is also no upper income limit entitling to be subject to the Estonian CIT regime. The attractiveness of the new version of the lump-sum tax for companies was undoubtedly improved by the reduction of tax rates from 25% and 15% for small taxpayers to 20% and 10% for small taxpayers.

How Estonian CIT works from 2022

As I mentioned at the beginning, the premise of the lump-sum tax on company income is to defer taxation until profit is distributed to shareholders. In the so-called “classic system”, the income earned by the company, i.e. revenue minus deductible expenses, is taxed. This causes two basic problems on the part of the company: firstly, the need to tax income at the time it is earned (which sometimes may not even relate to cash flow), and the need to maintain “double” accounting for balance sheet and tax purposes.  The Estonian CIT introduced by the Polish Deal deals with both problems simultaneously:

Another issue that makes the system very attractive is the taxation of partners of companies settling lump-sum accounts on company revenues. In the “classic” system in capital companies, there are two levels of taxation: once the company’s income is taxed at a rate of 9% or 19% and then the profit reduced by tax and distributed to shareholders in the form of a dividend is taxed a second time at 19% PIT rate. The State Treasury thus receives 34% of the income generated by the company. A more favourable system is applied in the case of partners in limited partnerships and limited joint-stock partnerships, where general partners risking all their assets are compensated for this inconvenience by the right to deduct from the tax due on the profit distribution to the partner the part of the tax paid by the partnership on its profit. In this way we can speak of a single taxation of the profits of general partners.

How does this relate to Estonian CIT? Shareholders of the companies subject to Estonian CIT also have the right to deduct from the tax calculated on the dividend due to them a part of the tax due on the company’s profit. The amount of the deduction is 90% (when the company is a small taxpayer) or 70% (in other cases) of the company tax due per taxpayer’s share. Thus, even if the entire profit of the company is distributed to its partners, the effective tax rate fluctuates around 20%, i.e. at a level similar to that achievable for general partners of limited partnerships, but without the partners bearing the risk of liability for company obligations with their private assets.

Due to the fact that Estonian CIT is an exception to the rule of standard 19% income taxation, not every entity is entitled to benefit from this regime. Firstly, there are subject exclusions, which define which entities are not entitled to benefit from the Estonian CIT. We are talking about financial companies, lending institutions, entities operating in special economic zones, taxpayers in bankruptcy or liquidation.

In order to discourage taxpayers from transformations for purely fiscal reasons, the possibility of accounting with Estonian CIT for a period of two consecutive tax years (minimum 24 months) has also been excluded for entities created as a result of a merger, demerger, contribution of an organized part of the enterprise or liquidation components of another company.

Another issue is the formal and factual conditions a taxpayer must meet in order to enter the Estonian CIT regime and benefit from it. It should be noted that the right to benefit from Estonian CIT is granted to companies with a simple structure. This means that only natural persons may be shareholders in such a company, and the company itself may not be a shareholder in other entities. Another important condition is an appropriate level of employment. The taxpayer must employ, on the basis of a full-time employment contract, at least 3 persons, not being shareholders, partners or members of the taxpayer, for at least 300 days in the tax year or incur monthly expenditure on remuneration of at least 3 natural persons, not being shareholders, partners or members of the taxpayer, under contracts in connection with which advance personal income tax and social security contributions are collected (e.g. contract of mandate) in the amount of at least three times the average remuneration. In the case of small taxpayers and start-ups, the conditions for the level of employment have been somewhat eased in the initial period, but from the second year onwards it is necessary to increase the level of employment in order to eventually reach the level specified in the provision.

The revenue structure of the taxpayer is also an important condition for eligibility for Estonian CIT. Achieving more than 50% of revenues from passive sources (receivables, loan interest, copyrights, exercise of rights from financial instruments) leads to inability to use the flat rate on corporate income or exclusion from this regime.

As I described at the beginning, Estonian CIT is levied on profits intended to be distributed to shareholders or to cover losses arising in periods before the company became subject to Estonian CIT. Unfortunately, apart from these two main headings generating the obligation of taxation by Estonian CIT, there are several other somewhat enigmatic categories in the law, which generate such an obligation. These are the so-called hidden profits, non-business expenses or income from undisclosed business operations.

Pursuant to the statutory definition, hidden profits are understood as pecuniary, non-pecuniary, chargeable, gratuitous or partially chargeable benefits made in connection with the right to share in profits, other than distributed profits, whose beneficiary, directly or indirectly, is a shareholder, a partner or a related entity. Thus, when looking at the partner’s relationship with the company, it is necessary to look at certain benefits such as: donations, loans, entertainment expenses, the amount of payments for services provided by the partner to the company, and sometimes also the amount of remuneration under an employment contract or the use of the company’s car for the partner’s private purposes.

As regards non-business expenses, following the suggestion of the Minister of Finance in the tax explanations on Estonian CIT, it is worth looking at them from the perspective of deductible costs. In this way, for example, fines, administrative penalties or interest on tax arrears are classified as non-business expenses.

When economic operations falling into this catalogue are identified in the company it results in the necessity to tax them by the company, and sometimes also by the taxpayer. What is important, however, is that if the taxpayer receives income from e.g. a donation from the company, despite taxing it on the part of the company and having to pay lump-sum income tax by the shareholder on the same basis as dividends, he will not be entitled to deduct the tax due from the company.

These numerous vague criteria, additionally complicated by the explanations issued by the Minister of Finance, undoubtedly introduce uncertainty among entities considering a switch to lump-sum taxation of corporate income. Undoubtedly, the choice is not an easy one, especially because entering the Estonian CIT regime is a 4-year choice. It is to be hoped that in the nearest future court rulings and individual interpretations will dispel at least some of the arising doubts. 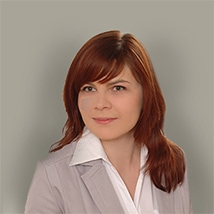 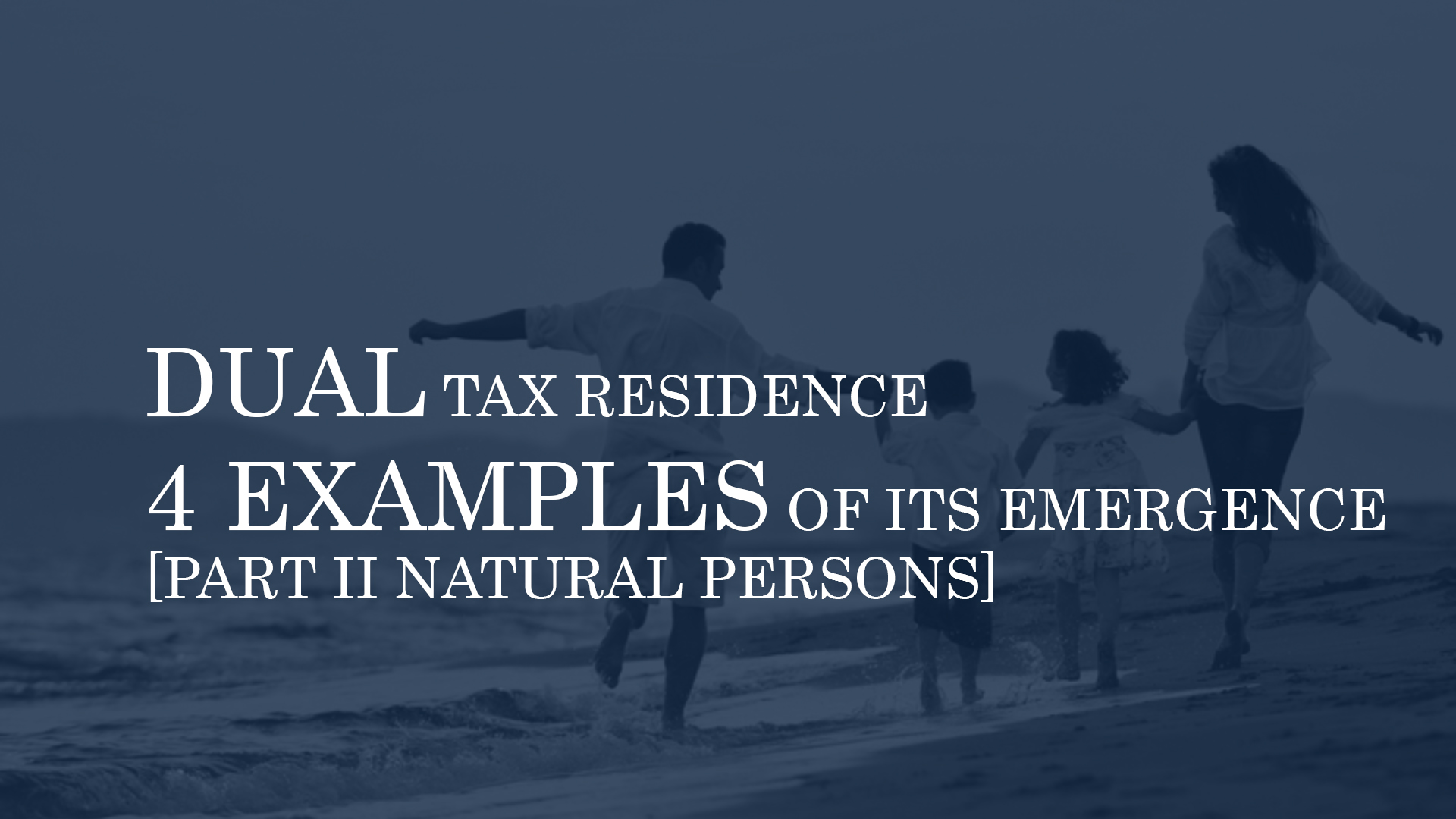